Skip to main content
Out Now! 2022 ACC/AHA/HFSA Guideline for the Management of Heart Failure
Learn more 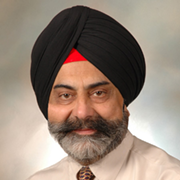 Inder Anand, MD, PhD obtained his medical education in India and D Phil (Ph.D.) from Oxford University where he was a Rhodes scholar. He later trained as a cardiologist in London, UK and was Senior Lecturer at the National Heart and Lung Institute, London.

On return to India, he pursued his longstanding interest in High-Altitude Medicine, discovering two new syndromes in people living at high altitude: infantile sub-acute mountain sickness in Tibet, and sub-acute adult mountain sickness in Indian soldiers posted at the altitudes around 20,000 feet, besides pioneering the use of inhaled nitric oxide for high-altitude pulmonary edema. He also showed that man and animals indigenous to high-altitude are adapted and do show hypoxic pulmonary vasoconstriction because they lack vascular smooth in the pulmonary arterioles.

In India, he developed a keen interest in heart failure (HF) and measured hemodynamics, body fluid compartments, renal function and neurohormones in a variety of untreated HF patients with low and high output states. These studies showed that the stimulus for fluid retention is a threat to the blood pressure that is common to all congestive states, independent of cardiac function.

In 1991 he relocated to Minneapolis, as Professor of Medicine and Director, Heart Failure Program, VA Medical Center. While there until retirement in 2015, his research spanned the spectrum from bench to bedside. His work on cellular mechanisms demonstrated that early in the natural history of HF, global LV dysfunction occurs in presence of intact isolated myocyte function, underscoring the importance of ventricular remodeling in the pathogenesis of HF.

Dr. Anand’s more recent work has focused on biomarkers in HF.  He and his colleagues were the first to report in-depth analyses on the prognostic role of several biomarkers in Val-HeFT. He has been active in designing and conducting clinical trials in HF and has been a member of Steering, DSMB, and end-point committees of several international trials. He has authored over 500 publications, is member of the editorial boards of several high-profile journals and has won several national and international awards.