Uncovering the Mystery: One Man’s Journey With ATTR-CM

Can you imagine living 11 years with a life-threatening disease you didn’t know you had? For Walt, that’s how long it took to learn that his symptoms were caused by transthyretin amyloid cardiomyopathy (ATTR-CM), a rare, life-threatening condition that affects the heart and is associated with heart failure. ATTR-CM occurs when transthyretin, a normal transport protein, becomes unstable. The unstable protein misfolds, creating amyloid fibrils that can build up in your heart and other parts of your body. The buildup causes the heart muscle to stiffen over time, eventually leading to heart failure.

In 2007, Walt was diagnosed with congestive heart failure and bilateral carpal tunnel syndrome. Though he was shocked by these diagnoses, he followed the advice of his doctors to manage his conditions. Soon after, new symptoms emerged, including shortness of breath, ruptured biceps tendon, lumbar spinal stenosis and an irregular heartbeat. Walt didn’t know at the time that these seemingly unrelated symptoms were the first signs of ATTR-CM.

As Walt’s symptoms progressed, he decided to visit a heart clinic. After running routine tests, the doctors suspected Walt had cardiac amyloidosis but could not confirm it yet. By assessing his initial blood and urine tests, Walt's doctors ruled out another form of cardiac amyloidosis, known as light chain amyloidosis (AL). They ordered an imaging test known as nuclear scintigraphy, which ultimately revealed that Walt was living with ATTR-CM.

While ATTR-CM has affected Walt’s life, he maintains a positive outlook. “This disease impacts me, but it doesn’t define me,” he says. Since his diagnosis, he has spent time educating others who may be going through similar situations, adding, “If I can help one person avoid the damage I had, then life was well worth living.”

Unfortunately, misdiagnosis and years of uncertainty is all too common for ATTR-CM patients. Awareness of the condition is low, even among healthcare professionals, and symptoms are often mistaken for more common cardiac conditions such as heart failure.

Walt’s advice for other patients who may be struggling to make sense of their symptoms: “If you know or suspect something is wrong, you need to talk to your doctor – and if they’re not receptive, you need to find doctors who are.” 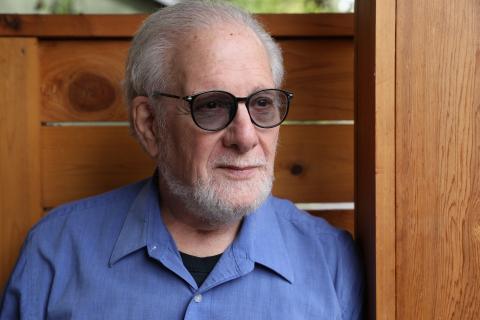 If you or a loved one is experiencing signs and symptoms similar to Walt’s, or other symptoms of ATTRCM, speak to your cardiologist and visit www.YourHeartsMessage.com to learn more.

About the Sponsor: Pfizer is one of the world’s leading biopharmaceutical companies working to develop effective therapies for patients affected by rare diseases, including transthyretin amyloid cardiomyopathy (ATTR-CM). Pfizer is committed to increasing awareness and furthering research for those with ATTR-CM. To learn more visit www.pfizer.com.